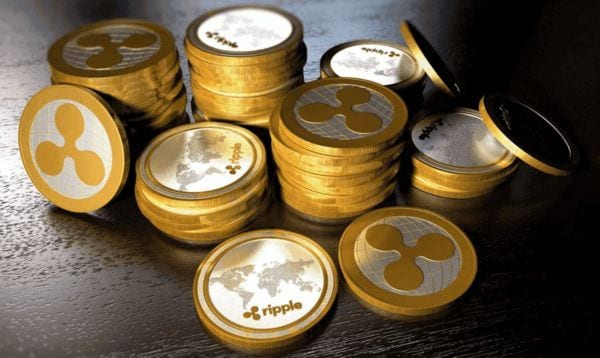 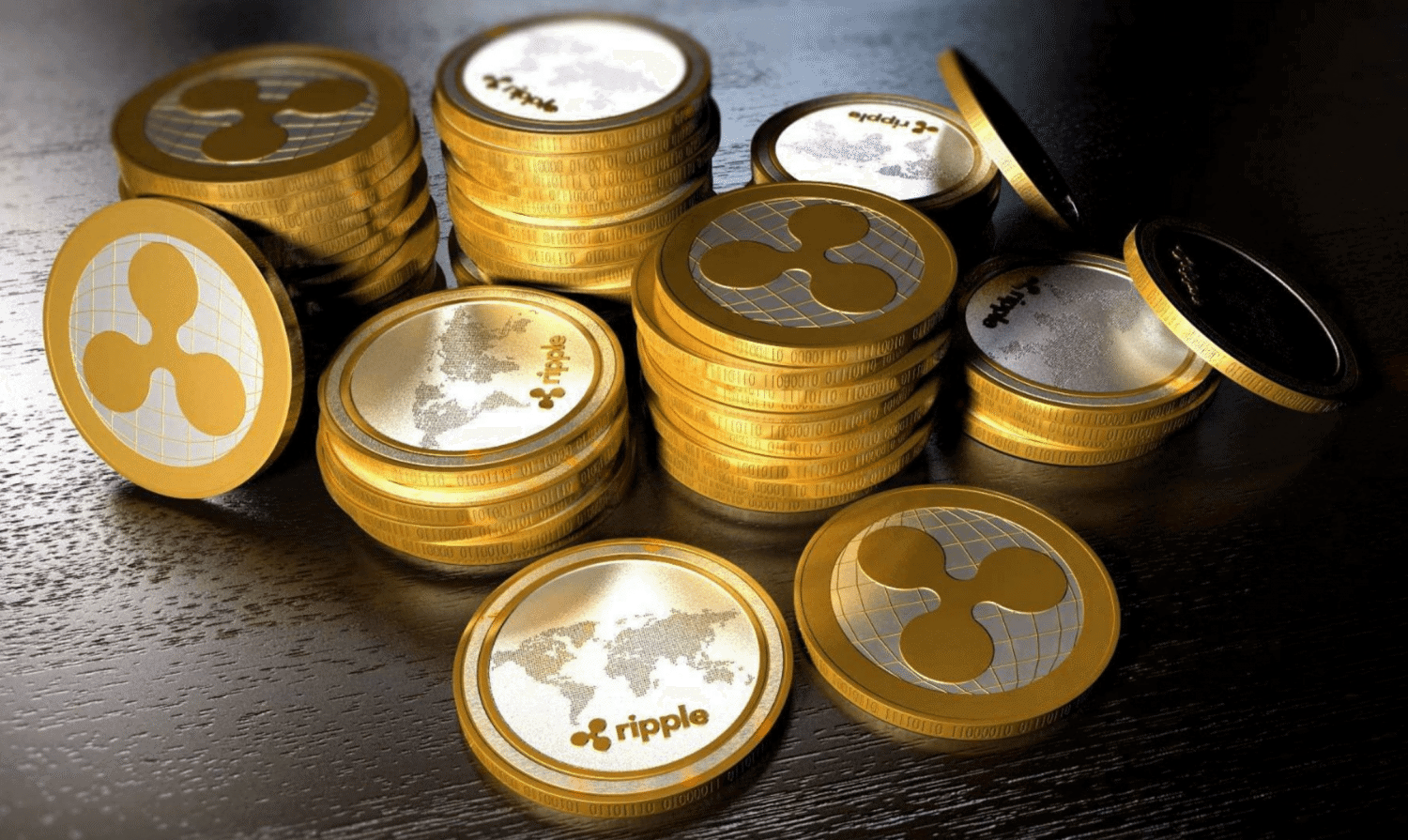 It’s no secret that cryptocurrencies have undergone a dramatic rebrand.

No longer perceived as a detriment to banks and governments, cryptocurrencies are now being hailed as “digital assets”. As more and more financial intuitions become comfortable with the blockchain technology on which they are based, they are openly discussing a future when the financial tools are just another part of the industry.

Now, a dozen banks have announced the completion of an initiative during which they tested a potential application of a digital asset. Revealed today, 12 member banks of blockchain consortium R3CEV have completed a series of trials using distributed ledger startup Ripple‘s native asset, XRP.

The trials, conducted in an environment set up at R3’s lab, were designed to show how banks could save money and create new revenue streams by using XRP to provide liquidity to their many bank accounts around the world.

Ripple head of global sales Nilesh Dusane said the effort revealed not only how banks could minimize delays getting funds to their customers, but save money by harnessing the technology.

“EVERYTHING COMES DOWN TO RETURN ON INVESTMENT. THIS PROJECT WAS AIMED TO SHOW THE ROI OF REDUCING COSTS AROUND LIQUIDITY BY AROUND 60%.”

In short, instead of making banks redundant, this implementation was designed to show how the use of cryptocurrency could potentially make them money.

That’s because for banks to do business around the world, they open accounts called nostro accounts that must be filled with local currency. Ripple argues this results in a waste of capital that the trials were designed to showcase.

First, Ripple contends that value is lost because currency that must be held in the account is capital that could be invested elsewhere – and adding liquidity to these accounts costs money. Second, if a customer needs to do business with the bank for an amount that exceeds what is in the nostro account, days-long delays can result.

Instead, the trials were intended to demonstrate that the Ripple network could enable banks to make markets for fiat currencies using XRP and then complete authenticated payments without multiple nostro accounts. 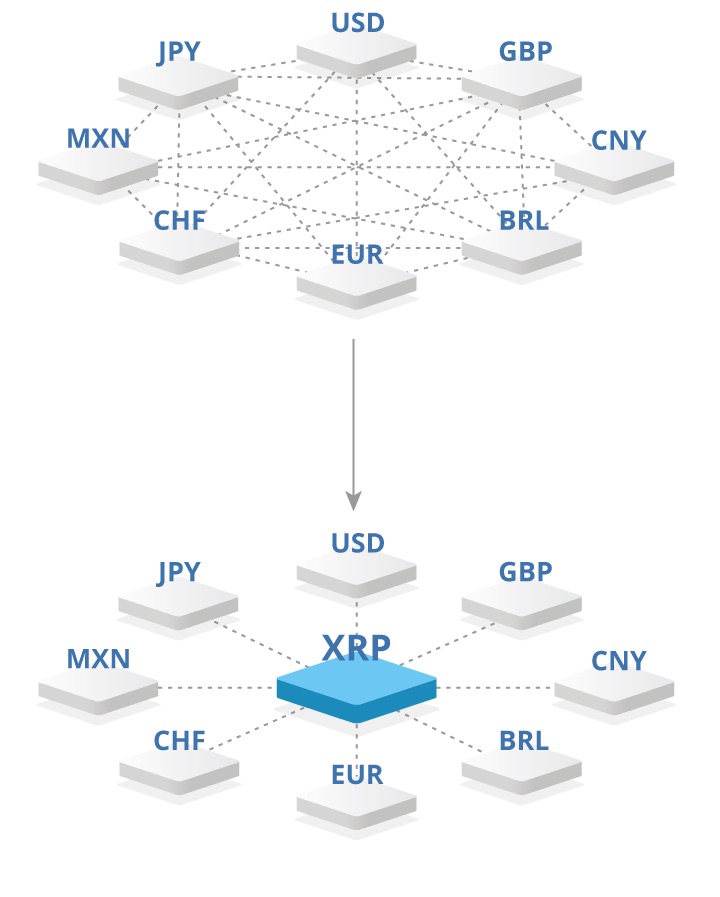 Throughout the tests, participating banks including Barclays, CIBC, Intesa Sanpaolo, the Royal Bank of Canada and Santander were given control of their own wallets and the ability to move funds from one virtual location to another.

No actual cross-border payments occurred, according to Dusane.

“Because of our real-time settlement, banks can on demand, buy euros [or another currency] in chunks so their capital is not tied up,” he added. “If there are instances when their needs are more than they have, they can make those decisions instantly.”

It’s not a blockchain

Still, the ability for Ripple’s distributed ledger to operate without a currency has proved appealing to an increasing number of financial institutions that are otherwise wary of the stigma surrounding bitcoin.

Such sentiment led Ripple to launch a report earlier this year which aimed to showcase the cost savings that using a digital currency with a distributed ledger could achieve.

Released in February, Ripple argued that its tech could provide banks with a 33% savings on international payments. Yet, this figure rose to 42% when digital currencies were used to facilitate the trades.

Indeed, the increasing use of Ripple’s technology without a digital currency led to market confusion about the company and its goals, a fact acknowledged by CEO Chris Larsen in a March interview with CoinDesk.

“We could do a better job of communicating that XRP is essential to the Internet of Value,” Larsen said at the time.

And there are reasons Ripple may have shied away from this argument.

Like all cryptocurrencies, Ripple’s price has undergone dramatic fluctuations since it’s launch. At one point in 2014, the value of XRP approached $800m before settling down to its current market cap of about $300m, where it has been more or less steady since May 2015.

XRP is currently valued at $0.008 with 35.4bn tokens held by the public and 64.5bn tokens held by Ripple. When Ripple first launched, the company created all $100bn worth of the currency and dispersed the funds to over 25,000 beta users.

That’s not to say there weren’t regulatory considerations needed for the trial.

For example, R3 co-founder and COO Todd McDonald said the tests were designed in consideration of consortium members’ own regulatory needs. With bank participants from places as diverse as Italy, Australia, Canada and Scotland, regulatory requirements were diverse, forcing regional solutions in spite of the consortium model.

“At the end of the day payments and regulation is local and those are the questions that need to be answered,” said McDonald. “Local regulators need to understand the value proposition.”

However, the cryptocurrency environment today is also more established from a regulatory perspective than it was during the early days of bitcoin, a point put forward by Dusane.

“There is globally a lot more clarity from a regulatory standpoint about how digital assets like XRP should be treated,” Dusane said. “Banks can now for sure understand what they can do with a digital asset like XRP.”

But there is another reason banks are opening up to cryptocurrency, according to Trond Undheim, a former senior lecturer of MIT Sloan School of Management, who earlier this year wrote an article about why banks “fear bitcoin”.

Now the founder of knowledge discovery platform Yegii, Undheim told CoinDesk that he believes banks were originally hesitant because they weren’t sure how such experiments might impact investor confidence, but that the fear of missing out has taken over.

“NOW, IT IS ALMOST THE OPPOSITE. DISRUPTION AND INNOVATION IS MOVING SO FAST THAT IF THEY DON’T GET ON BOARD, THEY REALIZE THEY WILL BE PERCEIVED AS LOSING THEIR MOJO. THEY ALSO FIND THEY STILL HAVE A ROLE TO PLAY IN THE EMERGING FINANCIAL SYSTEM POST THE FINTECH REVOLUTION.”

Disclosure: CoinDesk is a subsidiary of Digital Currency Group, which has an ownership stake in Ripple.