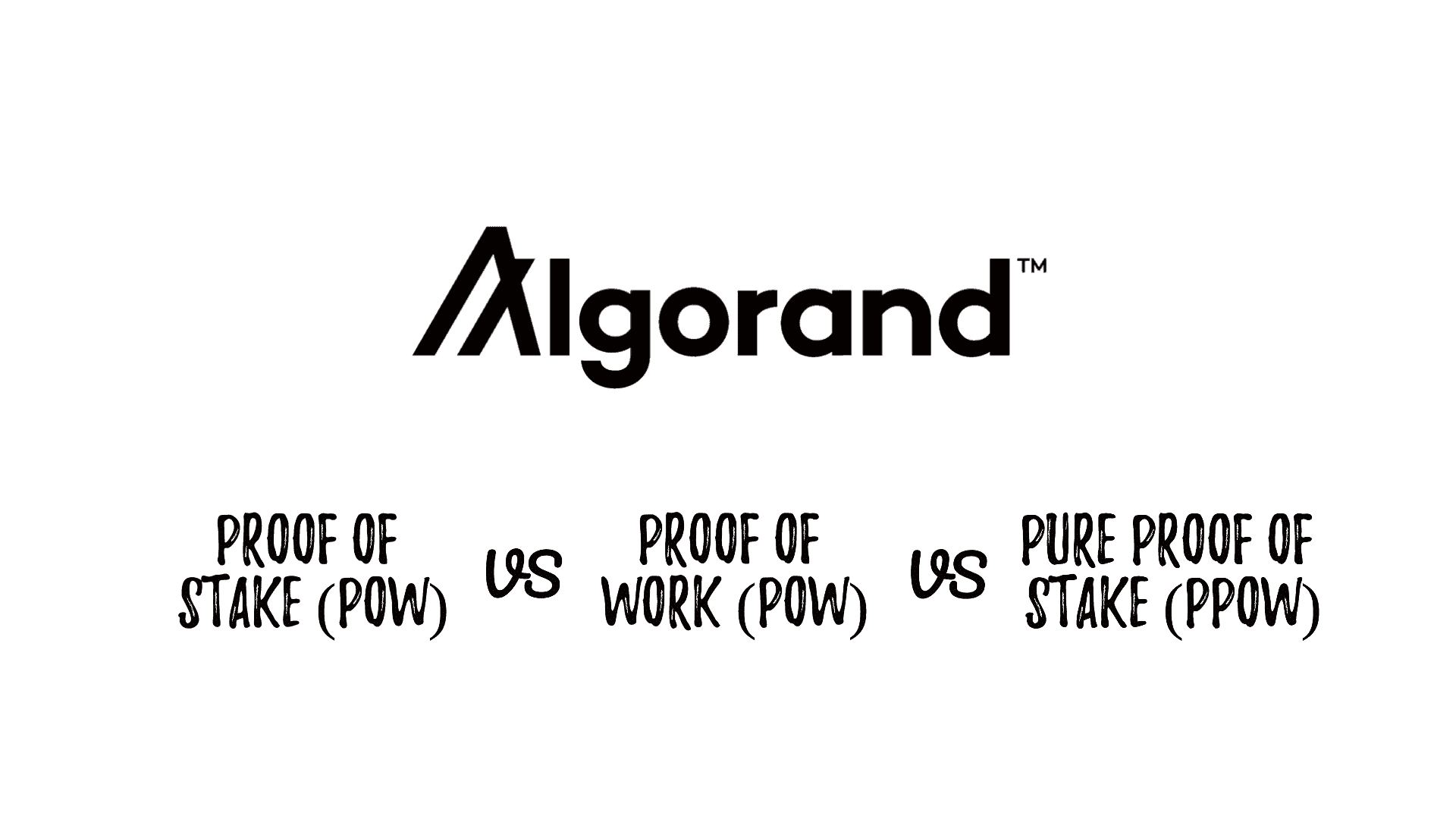 Algorand makes use of a pure proof of stake (PPoS) consensus protocol that was created on the Byzantine consensus. With this, it is possible for every user to have an influence on the choice of a new block and that influence is proportional to its stake, which is the number of tokens in the system.

Based on this consensus, various users are being chosen randomly and secretly to make a choice and vote on block proposals. Any user online can be chosen to propose and vote. The chances of a user being selected and the influence their vote or proposals would have is also directly proportional to its stake.

The approach of the Algorand PPoS is to engage the entire economy security with the honesty of the majority of the economy, other than tying it with that of a small subset of the economy. When a large amount of the money is in honest hands then the system’s security is guaranteed.

There are however some other approaches whereby the security of the entire economy can be determined by just a small subset of the economy, this means that just a few users can stop other users from transacting.

Advantages of PPoS Over other Consensus

PPoS over proof of work

Proof of work is simply a system where each user tries to find solutions for complex cryptographic arithmetic, in a process known as mining. The first person to find a solution is given the opportunity to append the new block on the chain and there is a reward for such.

A lot of cryptocurrencies like Bitcoin and Ethereum make use of this method.

However, the PPoS has a lot of advantages over the PoW. One of the advantages is that PPoS is less expensive compared to PoW.

In PoW, mining needs specialized hardware before it can be competitive, and it usually consumes a large amount of electricity. Only miners that are professionals, and have made the necessary capital expenditure to purchase racks of specialized mining equipment can have the expectations of making a profit.

Also, PoW guides along the path to a concentration of power and de facto centralization, because miners pool their resources. The mining pools have the ability to remove blocks, and charge the order of blocks based on how they perceive it, or if they get bribed to do so.

For instance, Bitcoin is under the control of three mining pools and Ethereum is controlled by two mining pools. Also,  in the PoW systems, it takes about ten minutes for the blocks to be propagated to the network. This remains the case, irrespective of the number of users that try to solve the cryptographic puzzle.

This amount of sluggishness and lack of availability makes it insufficient to serve any financial economy or the global economy at large.

But in Algorand, with its low communication overhead and computation, blocks are still being propagated in few seconds. This makes it possible for the protocol to scale to millions of users and sustain a high rate of the transaction.

PPoS Vs. Delegated Proof of Stake

Delegated proof of stake is simply a type of approach in which a certain number of entities that were elected, and delegates are chosen to create blocks in a form of round-robin.

The delegates are being voted into power by the users of the network and their number of votes is also proportional to the number of tokens that they own on the network.

Because of the limited number of block producers, delegated proof of stake can confidently handle transactions that are in multiple orders of greater magnitude than the PoW. But in terms of scalability, DPoS makes a sacrifice in decentralization and security is on the line.

DPoS is entirely centralized and there is no certainty that all the delegates would be honest. Even in a case where they are honest, they are prone to attacks. Due to the fact that the delegates are known, even if they occupy power for just a short while, a very good adversary can bring them down with just a fast denial of service (DoS)  attack.

Unlike the delegated proof of stake (DPoS),  the pure proof of stake PPoS does not put just a small set of users in charge of the generation of blocks, and users do not have to delegate their power to vote to only a selected few.

In the PPoS, every user can propose and vote on blocks and having a probability that is directly proportional to their stake and unlike the DPoS, there is no delegated group of users that attackers can sight as a target.

PPoS vs Bonded Proof of Stake

The bonded proof of stake is basically an approach with which, any number of users would set aside some part of their stake for some time, in terms of a security deposit, and they get back a chance – that is proportional to their set aside stake… to select the next block.

Their power to vote in the protocol is proportional to the amount of stake that they have decided to lock up.

When the deposit has been made, there is no way it can be taken off until a certain amount of time has gone by. In the case of these users being dishonest, they will have to forfeit their deposit and also the chance of participating in the consensus process.

However, the major disadvantage of the BPoS is that the users can reduce the right to spend their stake, by simply participating in the consensus protocol.