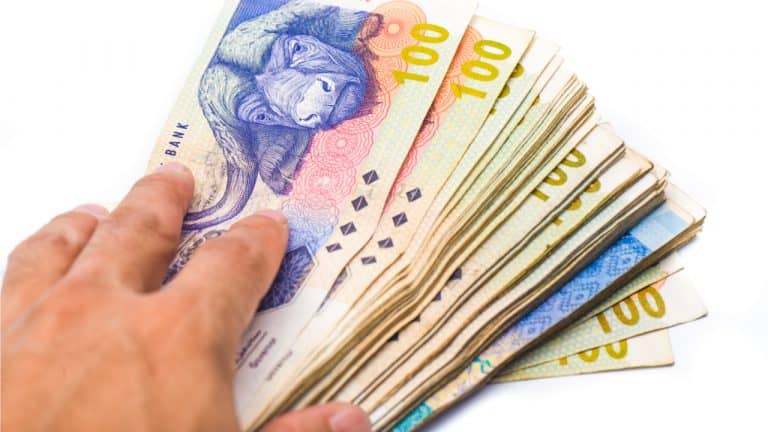 A week after more than 1,400 ATMs in South Africa were assaulted throughout a robbery spree, the nation’s reserve bank is now asking citizens to decline banknotes that are stained with traces of blue and green ink.

According to an EWN report, the South Africa Reserve Bank (SARB) has also cautioned South Africans captured in ownership of such banknotes that they run the risk of ending up being targets of a criminal examination. The caution follows what the SARB described an “boost in the blood circulation of dye-stained notes in KwaZulu-Natal and Gauteng.”

Immediately following the jailing of previous President, Jacob Zuma, South Africa plunged into mayhem after advocates of the jailed leader strongly opposed the imprisonment. The mayhem allowed criminal aspects to start a robbery spree whose expense is now approximated to face the billions of dollars.

As the EWN report recommends, the mayhem that followed the preliminary robbery and torching of realty residential or commercial property supplied ATM burglars with a best chance to increase their attacks. However, South African ATMs apparently “hold money in unique containers safeguarded with dye-stain innovation.”

This innovation is “triggered when the container is burst.” When that occurs, “the money is stained with a green and blue color, hence ruining the notes, rendering them unusable as currency.”

Meanwhile, the reserve bank has also advised South Africans who were provided or unwittingly accepted such notes to take them to their closest police headquarters instantly. At the time of composing, the SARB had actually not shared the precise number or worth of the taken banknotes.

Do you believe South Africans will hearken the call to return the stained banknotes? Tell us what you believe in the comments area below.