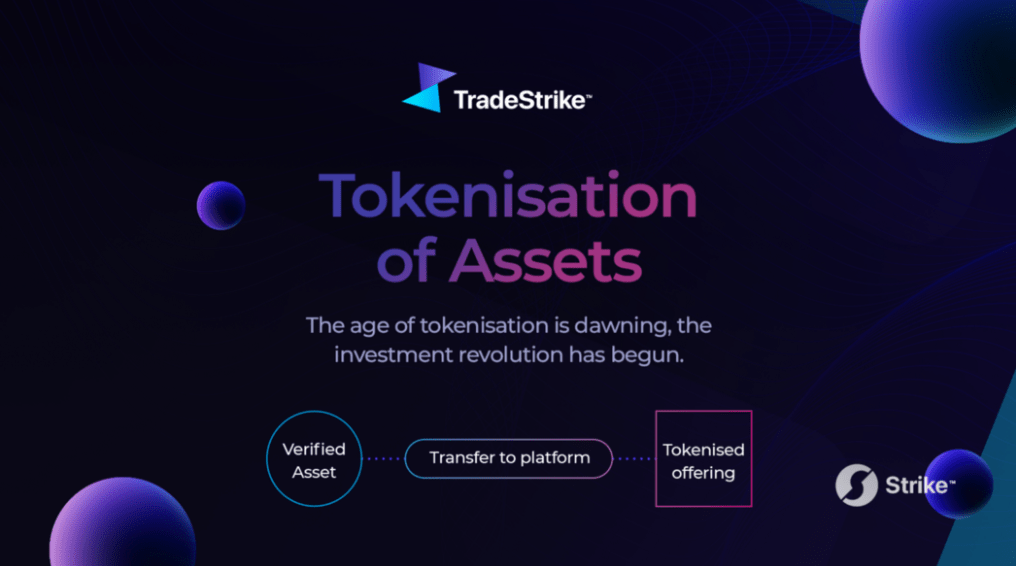 Tokenization of assets is about to change the world forever. The age of securitization is fading as this faster, safer and more diverse technology begins to find its place. In this article I will be explaining what, why and how Tokenization can be implemented to the benefit of millions of people around the world.

Recent estimates put the combined value of real-world assets at over $256 trillion. The vast majority of these assets are highly illiquid and bought/sold using outdated methods that are slow, expensive and bound by red tape. Tokenization offers an alternative. Tokenization refers to the process of producing a digital copy of a real-world asset. Whilst tokenization itself has long been used in the data security space, its transfer onto blockchain has begun to unlock its true potential.

Tokenization offers an answer to a lot of what is wrong with the current financial system.

According to the research from the World Economic Forum. A large part of our future economy will be driven by the tokenization of both digital and physical assets. The business value-add of blockchain will grow to slightly more than $176 billion by 2025 and exceed $3.1 trillion by 2030. With such a rapidly expanded use for blockchain transactions, how are businesses looking evolve to keep up with the change?

Here at TradeStrike Ltd, we have realised the potential of the wholesale shift into the era of tokenization. Our plan is to launch an investment platform which offers users the ability to buy and sale tokenized assets of all manors in one secure, easy to use space. Our vision is clear, but how is it possible?

The emergence of distributed ledger technologies has opened the door to platforms looking to leverage blockchain to suit their needs. Pre existing infrastructure being harnessed in the right way paves the way for tokenization to reach its full potential. Below is a simple wireframe of how interaction between platform, ledger & market combine to allow for our specific use case.

The utilization of a liquidity pool has many benefits, none more so than acting as an AMM (Auto Market Maker.) Without a liquidity pool all trades require the use of an order book, requiring a seller in order to buy, and a buyer in order to sell. Traditionally to add liquidity to assets, intermediaries such as market makers were used, liquidity pools negate this and decentralize the trading experience.

DLT’s form the idea of a “decentralized” network as apposed to the conventional “centralized” system currently in place, they are poised to have far-reaching implications on industries that have traditionally relied on intermediaries. The rise of DLT providers has seen the tokenization of assets become cheaper and more accessible. At TradeStrike we aim to harness this technology and unify it under the blanket of one easy to use trading platform. This infrastructure exists and is merely awaiting to be moulded to suit our needs

The regulations that govern tokenization of assets are underdeveloped and still in their infancy. The application of existing laws to protect customers capital, keep markets efficient and transparent and to prevent fraudulent activities can all be applied in loosely to blockchain. The problem is that generally the existing regulations have been designed with traditional securitization in mind, to tap into tokenization’s true potential, new regulations are required. Countries such as Austria and Luxembourg have already begun a full assessment to see if existing EU regulations can be met and applied. Countries such as Germany, Malta and Liechtenstein have been developing a dedicated framework for token regulation. Andrew Bull, founding legal partner at Bull Blockchain Law, told Bloomberg it’s only a matter of time until U.S. regulators approve tokenized stocks.

Stocks – The market cap of all Tokenized Stocks currently available sits at $423.47B, it is set to continue to rise with ever more companies tokenizing their equity. Changpeng Zhao (CEO of Binance.com has said, “Stock tokens demonstrate how we can democratize value transfer more seamlessly, reduce friction and costs to accessibility, without compromising on compliance or security. Through connecting traditional and crypto markets, we are building another technological bridge for a more inclusive financial future.”

In October 2020, Mr. Leahy (Director of Circle) provided valuable insights into the world of digital assets, “I believe a few of the major DA (and some that have yet to be created) are the future of finance and will be the assets and platforms that are used by the finance sector in coming years to facilitate frictionless transactions for consumers, and instant settlement of payments between financial firms and their clients.”

NFTs – The explosion of tokenized artwork has been a standout success story for real world use for blockchain technologies. More than $2 billion was spent on non-fungible tokens, or NFTs, during the first quarter of 2021 — representing an increase of about 2,100% from Q4 2020

Real Estate – Real estate tokenization is an exciting development which sees the convergence of real estate investing and blockchain technology. Tokenization helps asset or fund owners raise capital more effectively, whilst giving investors unprecedented access to private real estate investments opportunities. Adding liquidity to this historically illiquid asset class opens up access and lowers entry barriers for millions of would-be real estate investors.  The immeasurable benefits of blockchain technologies across countless sectors are too large to ignore, those companies that do not adapt risk being left behind. TradeStrike are determined to capture this wave and push DLTs to their full potential and deliver a superior, feature rich investment platform with unrivalled capabilities. The age of tokenization is dawning, the investment revolution has begun.

Co Founder of the StrikeCoin BSC token, and CEO of the blockchain powered investing platform TradeStrike.
Harnessing the power of Tokenization.